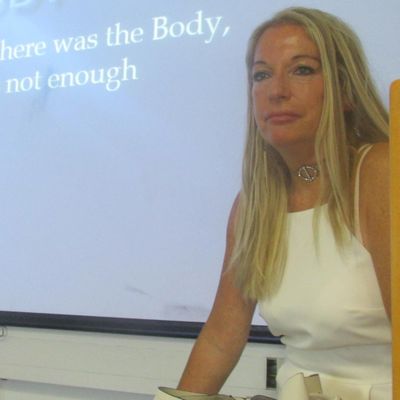 Dr Nicola Diamond is a Senior Lecturer in Psychosocial Studies, University of East London, and teaches at the Tavistock Clinic. She is also a Psychoanalytic Psychotherapist  (BPC reg).

She runs a private practice. Previously worked as a psychotherapist for The Helen Bamber Foundation (for survivors of torture and trauma) and at the Women’s Therapy Centre in London. She is the author of Between Skins: The Body in Psychoanalysis -Contemporary Developments; Wiley &Sons (2013) and co-author of Attachment and Intersubjectivity with Mario Marrone; Whurrs publisher (2003). Recent journal and chapter publications include,’ Between Bodies: Working on the Liminal Zone with Traumatised clients ‘( co-authored with P,Valerio) and ‘A case of Mistaken Identity: Countertransference and Multiple Dissociation’ ( co-authored with M.Marrone) in bookIntroduction to countertransference < A myriad of mirrors’  Ed Valerio,P .Routledge, Taylor&Francis (2018)    ‘Exploring Some Vicissitudes of Feminine Sexuality’ in Free Associations  (2013), The Body and Film: Estranged Body States – A Case of das Unheimlich, Journal of Psychosocial Studies(2013), ‘Between the Body and Social Trauma: Working with the Aftermath of Torture’ in the book, Emotion:Psychosocial Perspectives, Eds: Sclater & Jones atal Palgrave(2009); ‘Between Touches’ in Dialogues on Touch in the Psychoanalytic Space,Ed: Galton Karnac, (2007), ‘When Thought is not Enough’ in book How Does Therapy work, Karnac, Ed: Ryan(2005) and ‘Attachment Trauma and the Body’ in  Attachment theory and the psychoanalytic Process, Eds: Cortina &Marrone, Whurr (2002)

Your ticket for the: Nicola Diamond